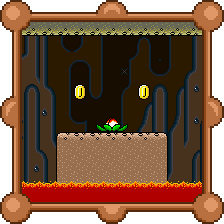 Like its Mr. Burns cousin, it has nothing to do with the old Batman villain it's named after. Once again, it's not a Luigi stage, but a Mr. L stage! Give Mr. L an ice flower and who does he become? Yeah, you're getting the picture now.

The level itself weaves through a volcano, from climbing up the outside of it to going in, under, up, and out of it, and finally back down the other side. Mr. L's an icy guy, so mind the lava. 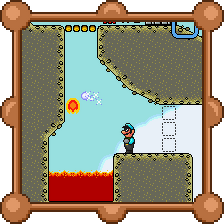 The hammer suit's hidden in the final section. On a ledge above Kelly, a podoboo is hopping in an alcove only Mr. L can enter. Freeze it, and you can jump up to the big ? block with the suit. There may be some other ways to get up there, but it's still exclusively for Mr. L. 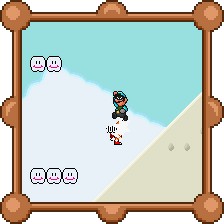 The 3-Up moon is hidden high in the sky above the start. While climbing the mountain, you may notice a blue paratroopa hovering back and forth. Bouncing off it will lead you to the first RMN coin, but the moon is further out than that. At the edge of the clouds, another blue paratroopa is hovering. A hop off it leads to more paratroopas and clouds with the moon waiting at the end. 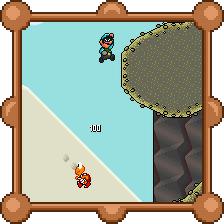 This 1-Up is tricky to reach, even with Mr. L's jumping prowess. Wait for the red paratroopa to be on its way back up. Jump from higher up the mountain and bounce off the paratroopa around the middle of its flight path. The shroom's in an invisible block above. 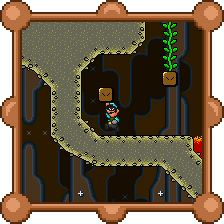 The last 1-Up is in the final interior section. You need to hit the vine block to reach the exit, but this invisible block is hidden in the alcove next to it. 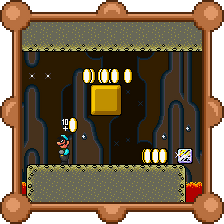 Other characters can get the twenty coins out of the big ? block easily, but Mr. L scatters them everywhere when he hits it. He's not quick enough to nab them all before they spill into the lava.

However, if you freeze an enemy and place it on one end of the platform, the coins will bounce back to you instead of melting in the inferno. Handy!